Terraria State of the Game - October 2022

After a month off - I mean what would the "State of the Game" have been, "Labor of Love is out, go play it instead of reading this"? - we are back once again with the latest and greatest news from the world of Terraria. It has been a month of bug fixing for all of our teams and that work should continue for at least a bit longer. What's next after that? Well, we have already had a few meetings about Crossplay strategy... so that's a thing. Beyond that, you will have to wait and see what we might have in mind in regards to what direction our team decides to head. For now, let's head out for some spooktacular treats - and maybe only a few tricks. Happy Halloween!

TERRARIA - LABOR OF LOVE GETS FIXES (BOI)
On the Re-Logic side of development, we have been solely focused on hotfixes for the Labor of Love update. In less than a month, we have managed to get seven hotfixes out to everyone, and we are already underway with number eight. As always, we greatly appreciate your detailed reports and your patience as we sort out the inevitable bugs that crawl out of the woodwork with any update release.

While we certainly are keeping an eye out for bugs everywhere we can. Be sure to use the Bug Report section on Terraria Community Forums for the best chance to be certain that your specific issue is not missed!

TCF BUG REPORTING FOR TERRARIA[forums.terraria.org]
Alternatively, you can report things in the LOL launch thread or on the pinned discussions here on Steam.

Closing in on 68,000 packs and worlds so far, you are missing out if you haven't taken the time to check out the Workshop yet. We wanted to get a Developer's Choice done before Labor of Love, but we ran short on time... so there is still a chance to get yours loaded for our review!

When the fixes are done, expect a period of focused attention on cleaning up some stuff. This keeps getting delayed by work on 1.4.4 and its fixes... but it has not been forgotten.

WHAT ELSE IS GOING ON?
Nothing? Just fixes and more fixes... with maybe one half of one eye looking in the direction of discussing how we might best approach Crossplay.

Bug fixing continues unabated, with a focus on some resolution issues as well as making some improvements on game starting as well as server hosting. We expect this work to continue for some time as we work to make the TML experience as fantastic as possible.

Other members of the team have been able to take a good amount of time to focus on bringing TML up to the 1.4.4/Labor of Love era. This work is going very well, though we really cannot give any sort of solid timeline for this release - in large part because Re-Logic is still putting out hotfixes! We have been doing all that we can to work closely with Modders as well in order to ensure a reasonable and smooth transition to 1.4.4, and not just breaking every mod day one.

More on timing when we can provide an accurate estimate!

WHAT'S NEXT FOR TML?
Getting TML to 1.4.4 and making that launch as smooth as we can is the core focus of the team for the next little while. The team has some ideas beyond that, but we really want to focus on the short term needs for now.

PlayStation, XBOX, Nintendo Switch, Mobile - DR STUDIOS
The team at DR Studios is working hard to keep pace with the PC fixes, while also working on some Console and Mobile specific bugfixes. 1.4.4.1 should already be in the hands of everyone, and we are happy to share that 1.4.4.5 is live for iOS and Android as of this morning!

- Amazon and Google "Trial" versions are trailing behind a bit. Amazon should submit tomorrow. "Trial" will be delayed further due to an additional requirement requested by Google during submission.
- Console versions of 1.4.4.5 are expected to be submitted to first parties within the next couple of days at worst.

Beyond that update, we will be looking to continue with fixes until we reach the same final version as PC (whatever that turns out to be haha), and we feel like we are in a good place with fixes on Console and Mobile. On top of this, we are already in the planning stages for our attempts at Crossplay. The team has a good sense for where we currently stand as well as the potential issues that lie ahead. We will share more details of our plan once we have it a bit more fleshed out.

Until next time, Console & Mobile friends - thanks for all of your love and support!

TERRARIA MERCHANDISE STORE HUB ​
The merchandise hub is where you can find all of the latest and greatest Terraria merchandise - with new stuff arriving all of the time! Check out the latest merch drops as well as some classics and pick up that epic Terraria gift for a friend (or yourself!).

TERRARIA MERCHANDISE UPDATES​
TERRARIA GRAPHIC NOVEL SERIES - ISSUE FOUR ORDERS STILL OPEN!
Shipments are already underway for Issue One's initial release... but there is still time to get your order in for Issue Four! Now that Issue Four is revealed, we thought it would be fun to show all four covers side-by-side. We remain so excited for this project, and we cannot wait to see what you think of the story, art, and more! We will be looking to compile all four Issues into Book One for release in 2023... and have already begun work on the story for Book Two!!!

NEW TERRARIA MERCHANDISE COMING FOR THE HOLIDAY SEASON!
Hot on the heels of the Town Slime merch release for the Labor of Love update, we are planning to have some brand new stuff coming your way just in time for the Holiday shopping season! We plan to have a special post to introduce this and to do our usual "Terraria Holiday Shopping Guide" sometime in November. You will want to stay tuned there to be sure you have the latest and greatest for the Terraria fan in your life (or to treat yourself).

What's included in this latest merchandise wave that is coming soon? Jigsaw Puzzles, Keychains, new clothing options, new pins, etc. as well as some festive surprises including our cute little friend below! 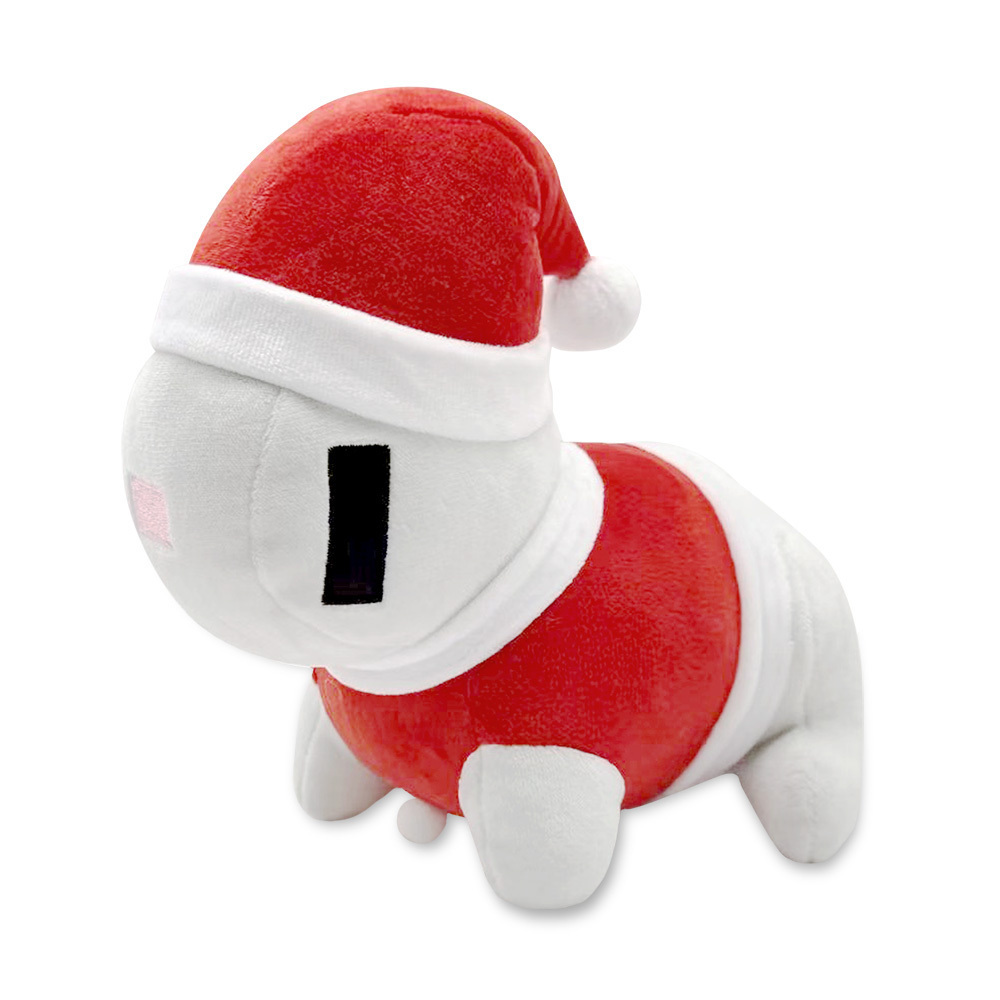 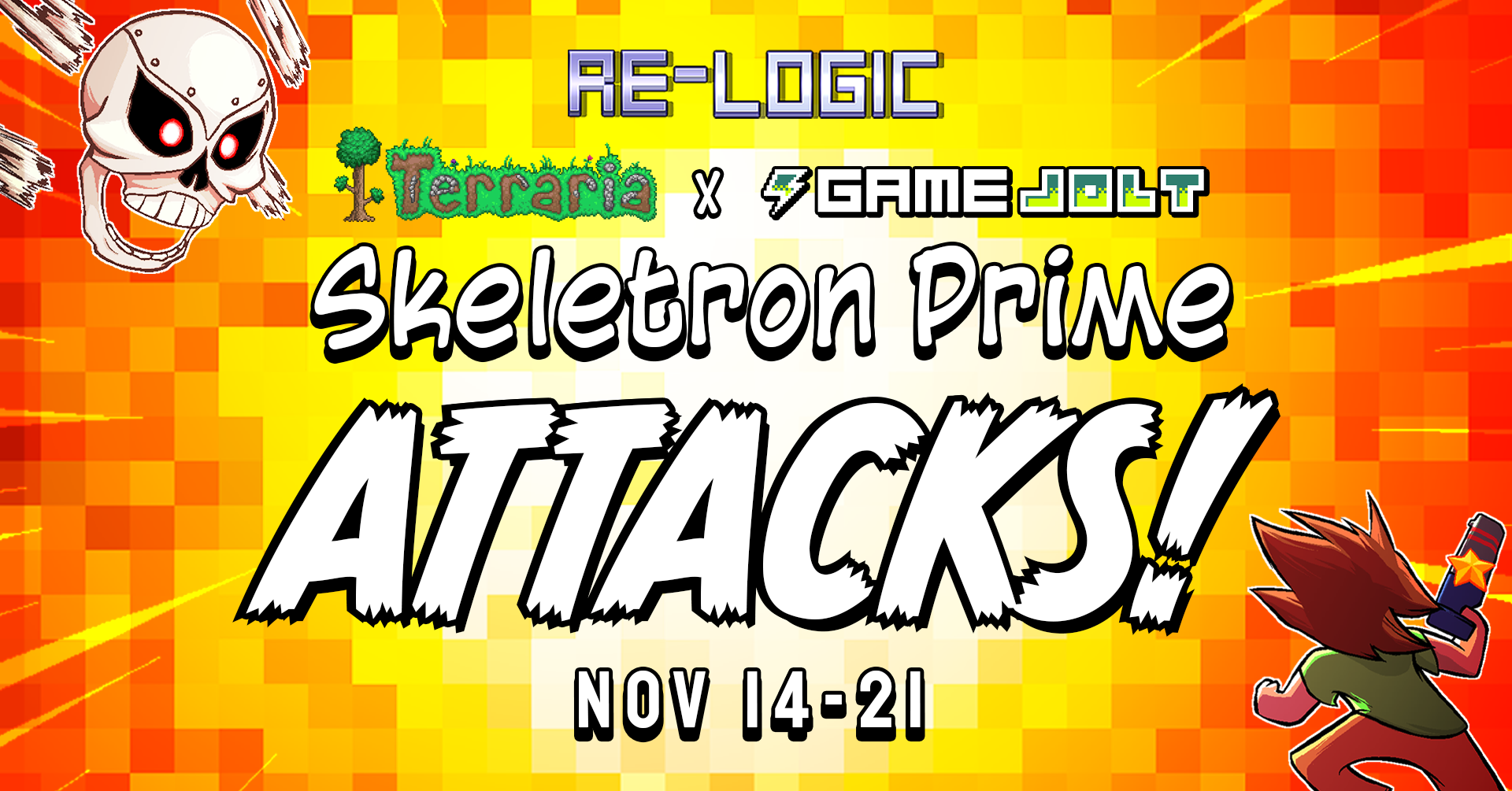 If you didn't know that there was an official Terraria fan community on Game Jolt, well now you do! Feel free to check it out and get involved any time via the link below! 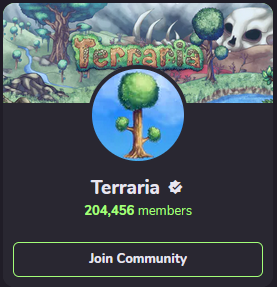 But wait... there's more! A TERRARIA TAKEOVER is coming to Game Jolt the WHOLE WEEK of November 14th! Be there when Skeletron Prime attacks! Will you be ready to defend Terraria from this mechanical evil?

Prepare yourself by clicking the Skeletron Prime Attacks banner above, or the link below!

In case you missed it, at the start of October we announced the latest and greatest Terraria Halloween Contest: The Labor of Hallow's Eve!

We have categories for Pumpkin Carving, Costumes, Artwork, and more - with some pretty epic prizes for the winners. The Grand Prize winner receives a real-life Meowmere Sword!

Entries are still open for the next few days (until October 31 at 11:59pm ET) - so if you haven't gotten your entry in yet, there is still time.

For full details, click the banner above or check the link below:
THE LABOR OF HALLOW'S EVE CONTEST DETAILS

We cannot wait to see what creepy Terraria creations the fans summon for this event - the judging is going to be so hard, we know it!