Terraria State of the Game - August 2022

Alas, Summer is drawing to a close. Back to School, work, or just whatever your daily grind may be - we hope your Summer was a fun and relaxing one! As we head into the Fall - probably our favorite season - the development teams are making huge strides towards getting the Labor of Love update into your hands. This is a State of the Game that you will not want to miss, because we are at long last going to be able to dive into some details around the launch of this fantastic Terraria update. So, sit down, buckle up, and let's get this month's SOTG underway!

TERRARIA - LABOR OF LOVE UPDATE
The Re-Logic team is proud to reveal that we have completed our work on the Labor of Love update, and that we have officially reached code freeze on the PC side! That means that while we may still be looking at bugfixes and tweaks for anything that we might find between now and launch, we are not adding anything new to the game/code any more in order to allow time for our friends at DR Studios to finish their work on porting to Console and Mobile. Why not just go ahead and release it if we are "done", you say? Well, beyond the aforementioned continued - and needed - testing and fixing...
It is our intention to make this the first simultaneous Terraria update release across all platforms. That means that if all goes to plan, Terraria: Labor of Love will release on PC, Console, and Mobile at the same time!

Barring any issues or delays in first party (Sony, Nintendo, etc) submissions, we expect Labor of Love to release in late September.
So there you have it - pretty big news, eh? We are so excited for the chance to do a simultaneous release to everyone all at once - a daunting task, but one that we cannot wait to attempt. Perhaps a glimpse at how things will be in the possible future where crossplay is a thing.

While we are on the subject of Labor of Love, ChippyGaming produced a nice summary video of all of the spoilers for this update thus far - it is definitely worth a watch to catch up in case you missed anything!

With over 62,000 packs and worlds so far, you are missing out if you haven't taken the time to check out the Workshop yet. Planning on another round of Developer's Choice soon - so get your best and brightest up on the Workshop now!

Once Labor of Love hits, expect even more summer cleaning to come your way.

WHAT ELSE IS GOING ON?
Right now, our core focus is the final push to get Labor of Love done to what we have as the vision for the update. We will be revisiting "what's next" once we get this update out and any needed hotfixes, etc.

Another month, even more bugfixes for tModLoader 1.4! Generally speaking, the team has spent at least half of its time on bug fixes with another eye (and half our time) looking towards the setup for delivery of future major improvements. Want some examples? Of course you do!


So, all in all, sort of a quieter month (but with lots going on) focused around 'what are the next big areas where we can improve tML 1.4' now that we have gotten a better grip on release cycles and minimizing the impacts on users.

TMODLOADER 1.3 STILL AVAILABLE
As a continued reminder, the developers behind each individual Terraria mod will need to update their mods to the 1.4 era, so hang with them while that process takes place. We also realize that some older mods that are no longer in development may never make the leap to the 1.4 era. Given that, we have kept the 1.3.5 version of TML playable

How do I switch to back to 1.3 tModLoader?
1. Right click on tModLoader in Steam and select 'Properties...', then 'BETAS';
2. Select '1.3-legacy' in the drop-down menu on top;
3. Close the window. You don't need to type any passwords!

WHAT'S NEXT FOR TML?
More fixes, more behind the scenes work on the improvements we mentioned above - more details to come as we know more and get further down the road!

PlayStation, XBOX, Nintendo Switch, Mobile - DR STUDIOS
The team at DR Studios has been doing all that we can to keep pace with the PC side of Labor of Love so that once Re-Logic finished development, we could pick up the baton and move quickly towards completing development on Console and Mobile so that we would be ready for submissions as quickly as possible. As shared in the PC section above (since we know some Console/Mobile Terrarians may just skip to this section)...

It is our intention to make this the first simultaneous Terraria update release across all platforms. That means that if all goes to plan, Terraria: Labor of Love will release on PC, Console, and Mobile at the same time!

Barring any issues or delays in first party (Sony, Nintendo, etc) submissions, we expect Labor of Love to release in late September.
Don't think that we forgot a spoiler or two for you folks either... 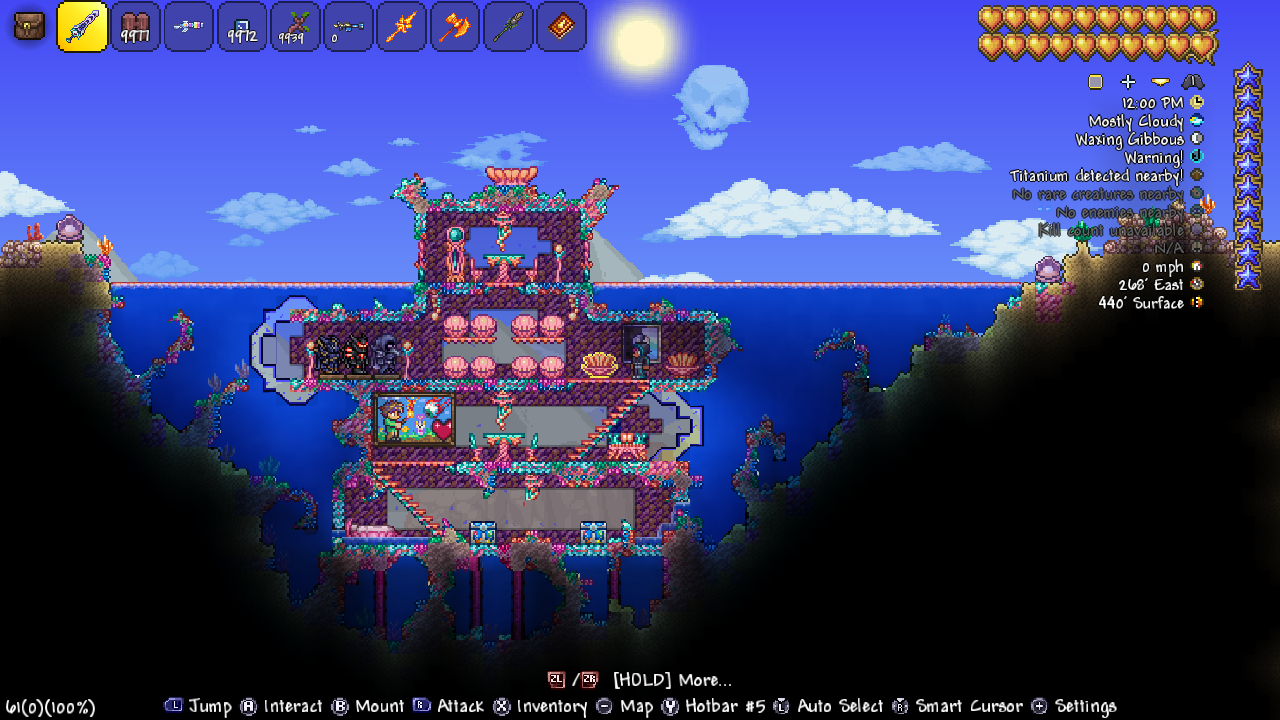 Until next time, Console & Mobile friends - thanks for all of your love and support!

TERRARIA MERCHANDISE UPDATES​
TERRARIA GRAPHIC NOVEL SERIES - ISSUE ONE ORDERS STILL OPEN!
In case you missed it, orders for the first issue in the long-awaited Terraria Graphic Novel Series opened up about two weeks ago. You still have time to get your order in before the window for Issue One closes and the big reveal of Issue Two is upon us! For full details, click the link or text below! 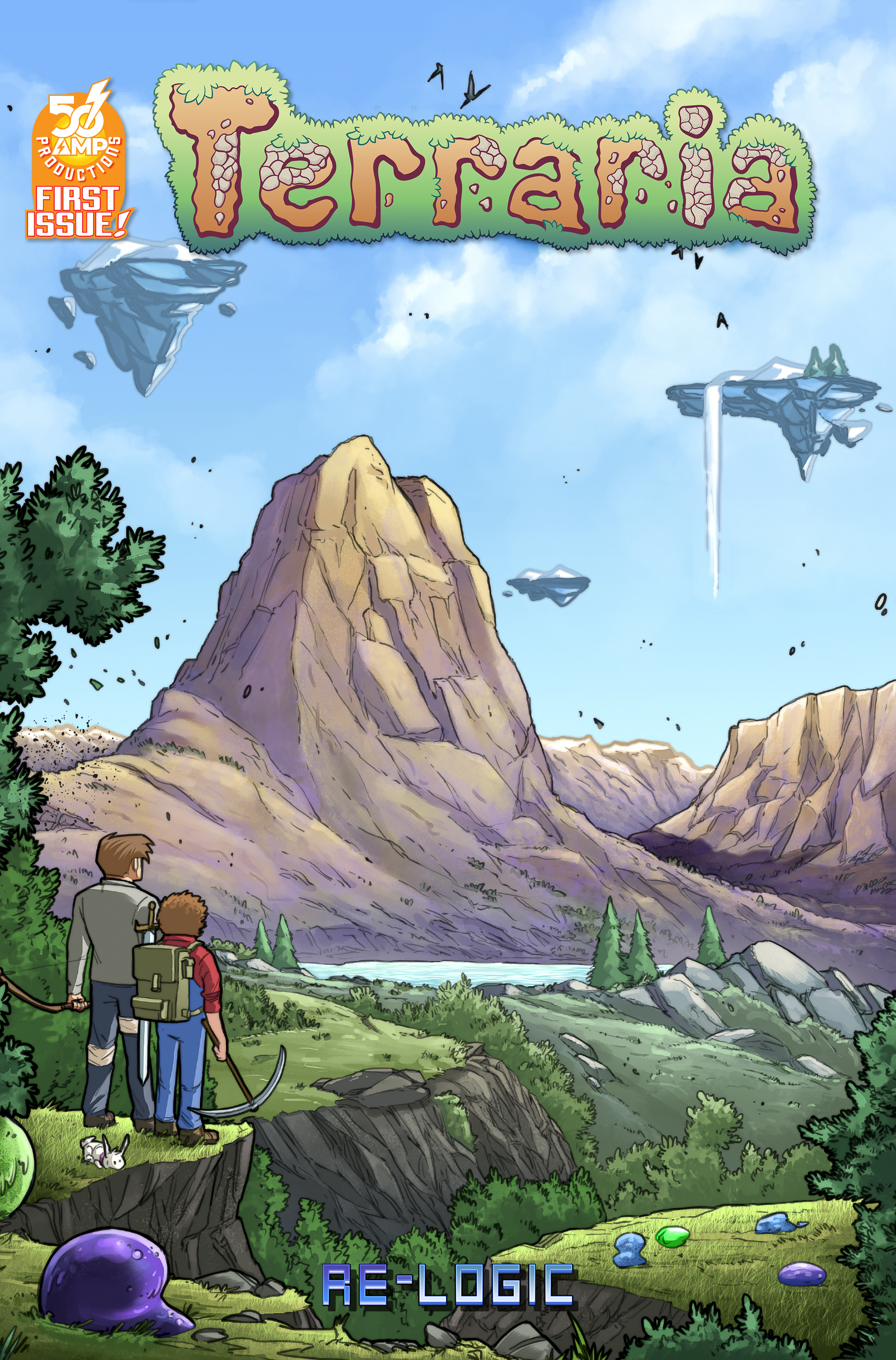 PLACE YOUR ORDER FOR ISSUE ONE HERE[www.50ampproductions.com]

We will have details on Issue Two in the next couple of weeks, so you will want to stay tuned for that. Everyone at Re-Logic loves this project and has high hopes for where it could lead!

NEW TERRARIA MERCHANDISE COMING SOON FROM VIDGLO!
We have been teasing this for a little while, but we are at long last able to reveal a sneak peek into the first wave of the new Terraria merch offerings coming very soon from our friends at Vidglo (https://terraria.shop/). These are items that we have never really had before, so we are pretty excited to see all of this come to fruition! These should be available sometime around the end of September. 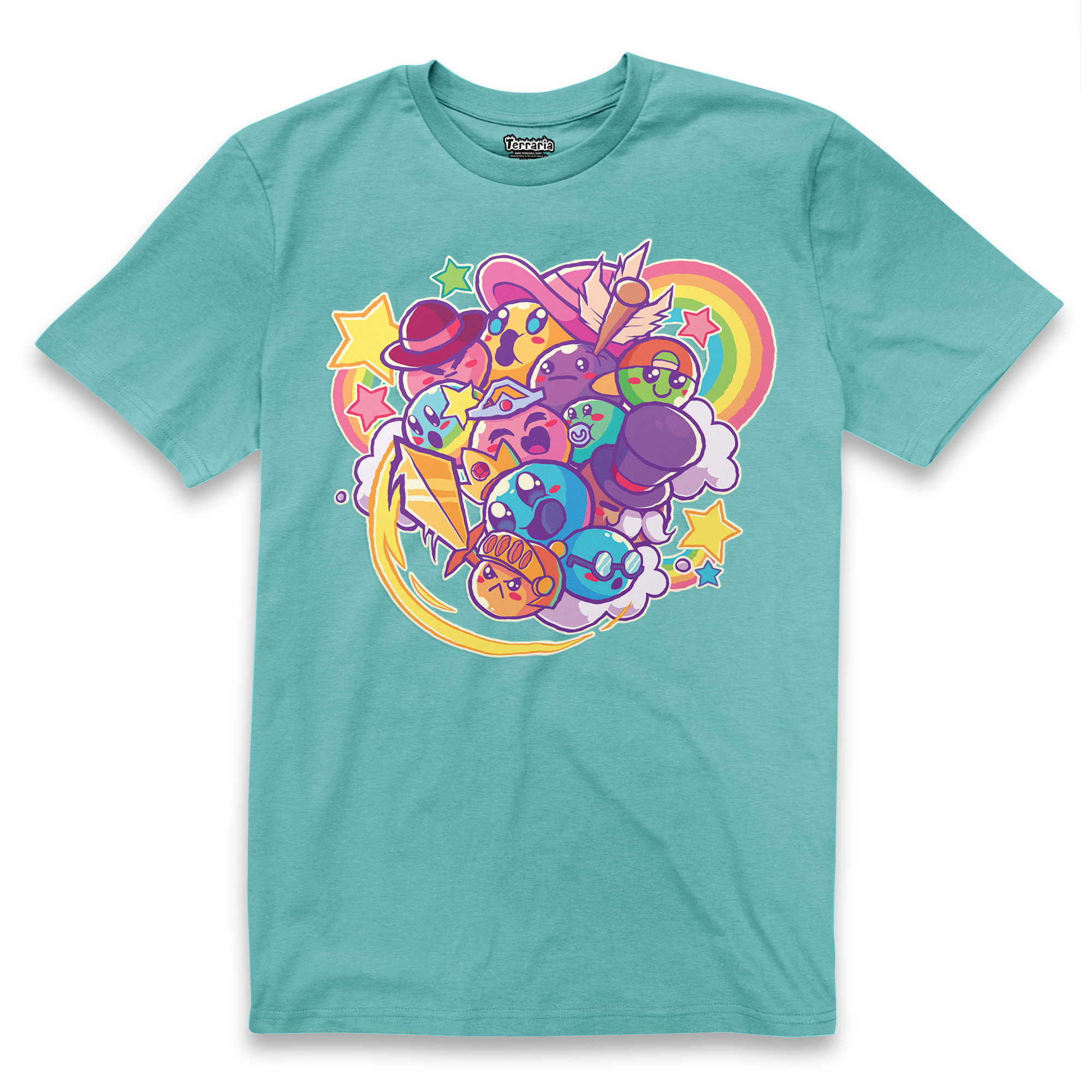 Town Slime Shirt - just in time for Labor of Love! 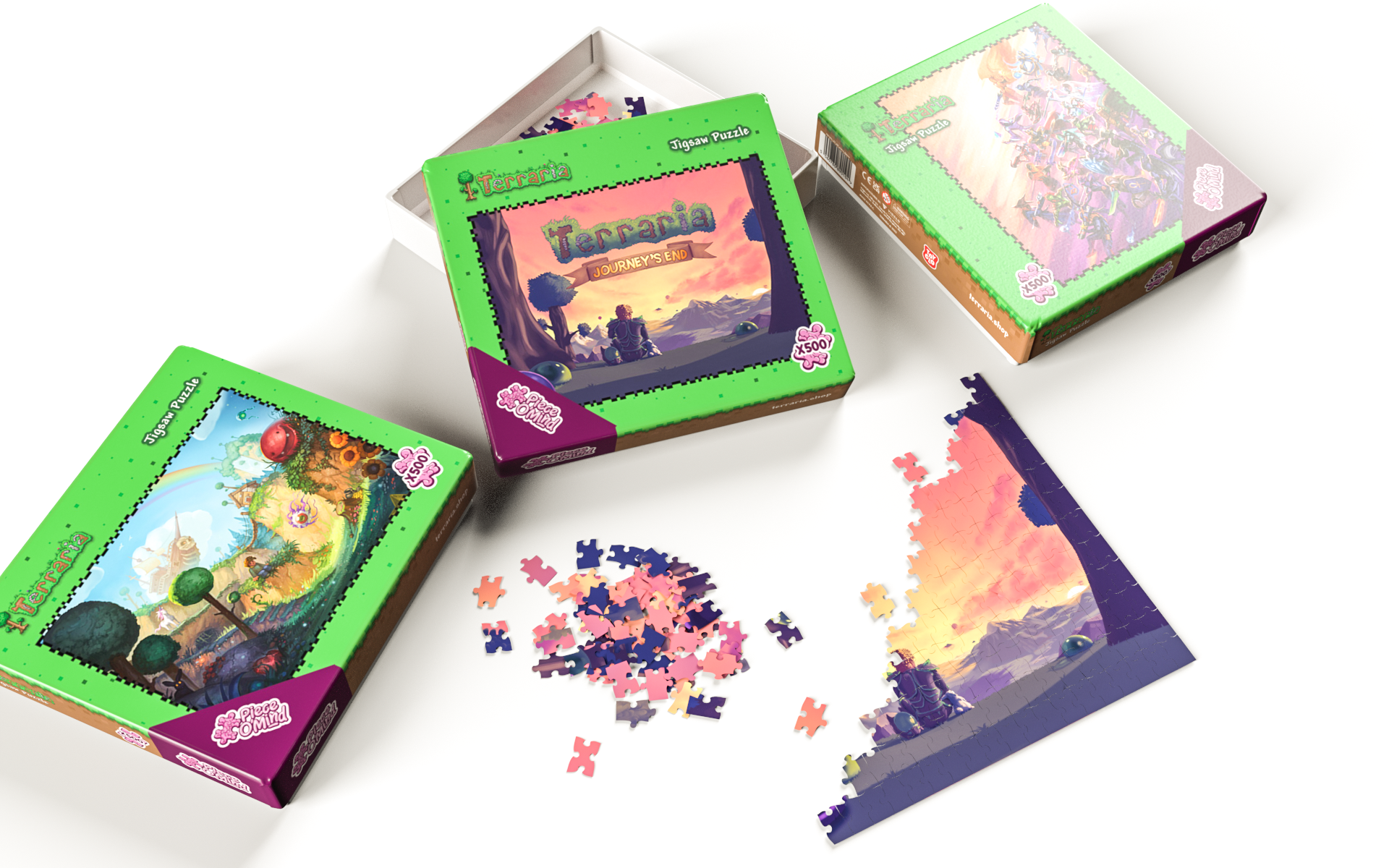 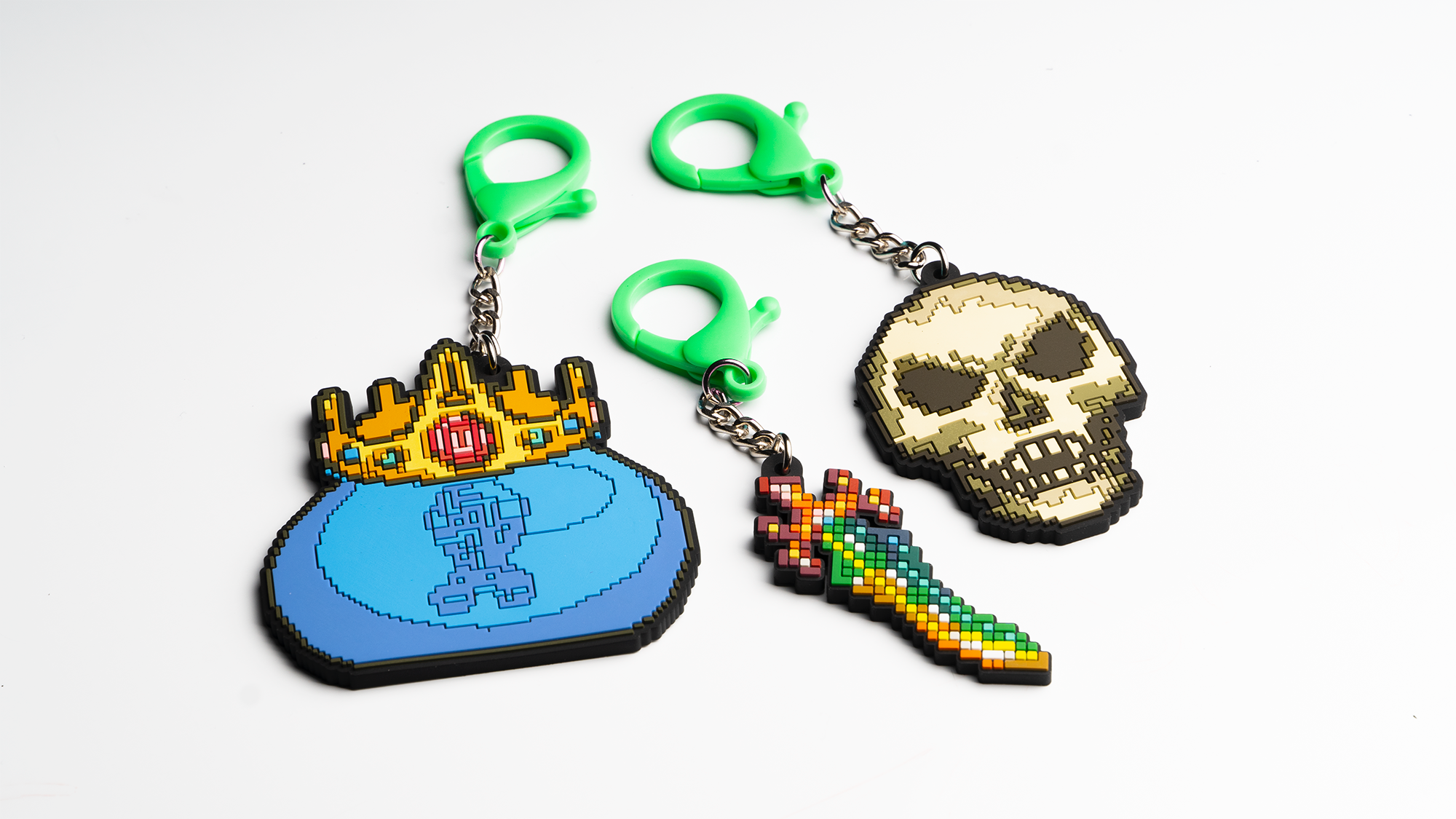 We may have another Town Slime surprise available around the launch of Labor of Love... but you will have to stay tuned for that.

Expect another wave of new stuff - along with perhaps some surprises - from Vidglo before the year is out as well!

OTHER COMMUNITY NEWS
TERRARIA WIKI - NEW THEMES COMING SOON!
The team at https://wiki.gg/ has been hard at work with a lot of stuff for the Official Terraria Wiki[terraria.wiki.gg] - including brand new visual themes that match the themes available here on TCF! Jungle, Underground, Corruption, and more - the plan is to roll these out to users in the very near future. For now, let's give you a quick teaser for the Jungle and Underground themes:

These will be available to everyone that uses the Official Terraria Wiki[terraria.wiki.gg] very soon, so keep an eye out! 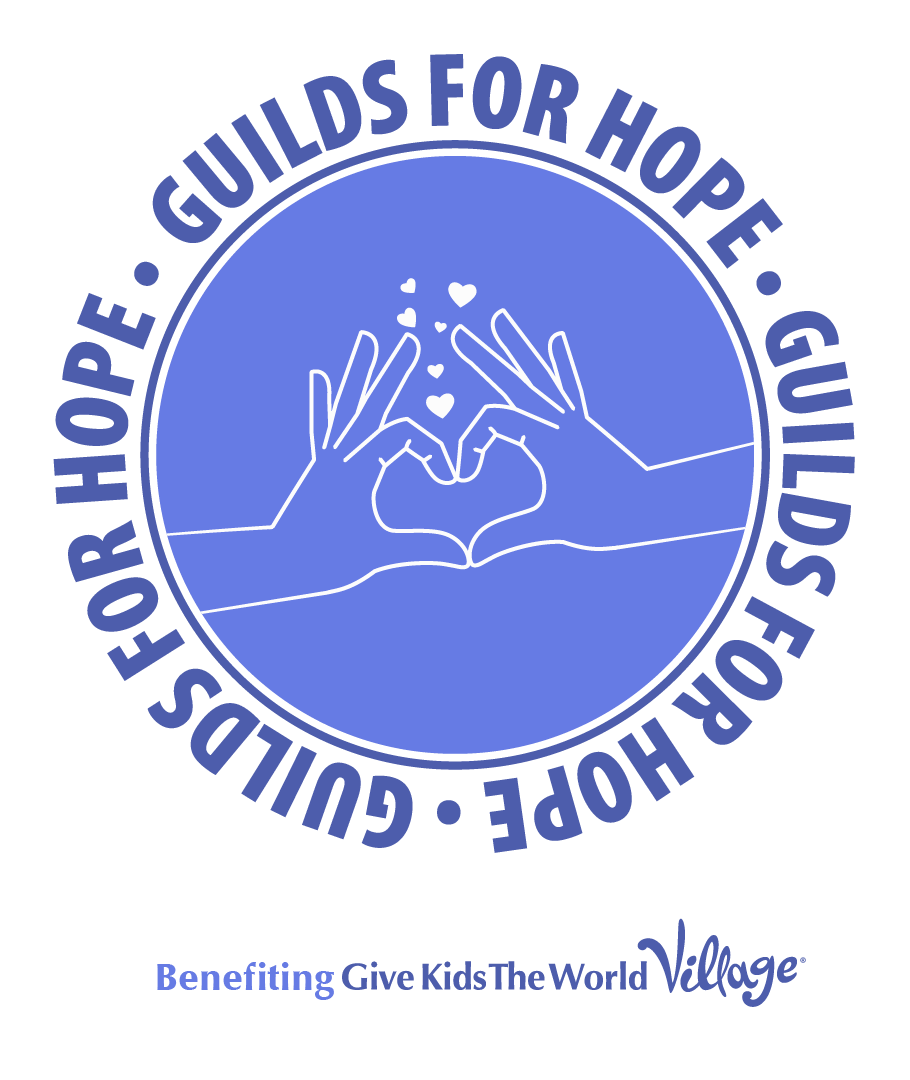 There is only one week left to participate in our Guilds for Hope charity event. We have already helped raise thousands of dollars for an incredible cause and we are closing in on our goal!

The Terraria team is thrilled to be participating in the United Servers of Discord Alliance’s first Guilds For Hope charity fundraiser! We’re teaming up with many other communities to raise money for Give Kids The World Village, an 89-acre, whimsical nonprofit resort in Central Florida that provides critically ill children and their families from around the world with magical week-long wish vacations at no cost.

Watch this video to learn more about the Guilds for Hope charity event.

Half of all critically ill children eligible for a wish choose to visit Central Florida and its world-famous theme parks. Give Kids The World is the nonprofit that fulfills all of these wishes. – providing every wish family with an all-inclusive experience including transportation, accommodations, all meals and snacks, donated theme park tickets, and more!


Together, let's try and raise as much money as possible to help support GKTW. Once you open the Team Fundraiser link below, you can either donate to the Terraria team goal, or you can register as a fundraiser for a team. By registering as a fundraiser, you will be able to unlock reward tiers by reaching designated milestone thresholds including the top fundraiser winning a 3 day, 2 night stay in Orlando at the Melia Orlando Celebration Hotel (certificate valid for up to one year) and a tour of Give Kids The World Village; and by contributing to our team, you’ll be able to help us compete for the ultimate goal- bragging rights!

We invite everyone to help bring hope and join this charity event by registering at this link: Tiltify - Made for Fundraisers[tiltify.com]

If you are interested in learning more about the Guilds for Hope charity event then please join the #guilds-for-hope channel in the USDA server located at Join the United Servers of Discord Alliance Discord Server![discord.gg] 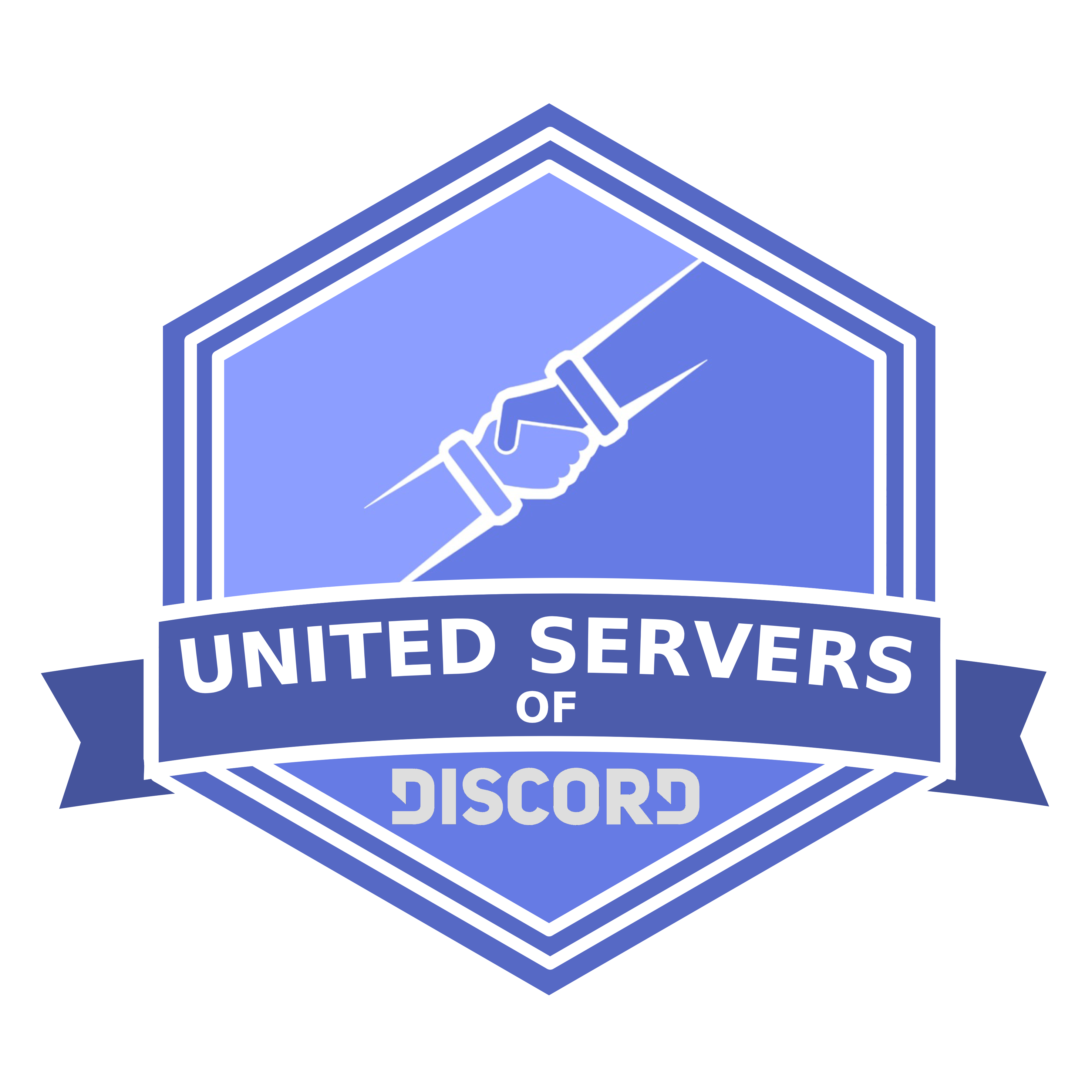 TERRARIA NINJA WARRIOR
We are thrilled to announce that we are planning to create a Terraria parkour game show live on Twitch. Full details will be announced once everything is finalized, but the plan is to bring contestants live on stream to compete against each other to see who can get the furthest on challenging parkour builds. Winners will receive cool prizes.

If this sounds like an exciting community initiative for you then reach out to MrGameTheory, the Terraria community manager at 505 Games, and let him know if you have any interest in competing, helping to create the parkour maps, or participating in his community initiative in some way. You can reach him within the official Terraria Discord server.